Our web pages use cookies to optimise the provision of information and content. By using our web pages, you declare your consent for us to use these cookies. If you continue browsing without changing your browser settings, we will assume that you consent to all cookies used on our web pages. If you klick OK, this information will not be shown again. For further information click the tab Legal Notice under

World Power Erkin Company Limited had been created on the 40 years experience in the marketplace of the Erkin Hydraulic Ltd Co and stands today as one of the leading and respected crane and heavy duty machine manufacturers.

Our company, which sets out with the principle of durability and technology, is one of the few companies in the world in the production of customized machines that can respond to the customer's needs completely as well as the standard products. At the same time, it has never sacrificed its quality by working with parts suppliers with brand value in the world.

In 2008, World Power Erkin achieved a first in the world by designing and manufacturing a 360 Tm knuckle boom crane which will operate in low headroom situations thereby enabling crane rental companies to provide time and labor saving solutions to moving / assembling / disassembling machinery and product and handling under a roof or inside plants around the world. World Power Erkin is proud to make very heavy lifting operations possible in low headroom and narrow spaces where previously such operations have not been feasible. In 2010, World Power Erkin broke its own record by introducing another first in the world, AT model 8Х6Х8 450 TM self-propelled/ all-terrain vehicle.

Right after that, in 2013, World Power Erkin introduced another record breaker the fully custom-designed 450 TM Knuckle Boom Crane with “X” type stabilizer model. This machine was designed as compact in terms of width and height, this machine has been introduced at the BAUMA fair in 2013 and has once again become the most interesting machine of the fair.

In 2016, World Power Erkin introduced 25 and 37-ton crawler crane series designed to pass easily from narrow spaces with high maneuverability. The 37 ton capacity machine, which can reach a height of 42 meters, is among the most compact and powerful folding boom crawler cranes produced in its field.

World Power Erkin, which produces in European standards, has certified the reliability of its production and products with its CE and TUV certificates. World Power Erkin has secured the right Trust of it’s customers with fast and effective after sales services provided by technical service team in Turkey and its distributors all around the world.

World Power Erkin achieved success with producing world’s the most powerful 450 TM self propelled (All-Terrain) knuckle boom crane, thanks to its always open mentality to the technology and innovation will continue to be the leader in Turkey and the world. World Power Erkin, the symbol of power has proved to be a pioneer of a new generation tow trucks in Turkey and rest of the world once again with introducing ER-122.000 L-4&420 C model rotator. Our pioneering innovation in the Tow Rotator Industry has been reinforced with setting raising the bar ourselves in 2020 thus, we manufactured the new model of ER-182.000 L-4&420C that is more powerful than the last model of ER-122.000 L-4&420C.

World Power Erkin’s new generation heavy duty tow rotator technology can be used as knuckle boom crane which is a big advantage. This advantage of the knuckle boom and its extensions is the lifting capacities in horizontal position in places such as under the electricity lines, under the bridges or insde the tunels on low head roof places. In addition, the extensions of the knuckle boom rotator can be placed over the driver’s cab while carrying a heavy load on the underlift and takes the heavy load from the rear axles and gives some load to the front axles to provide more stable and safe drive. 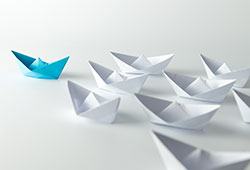 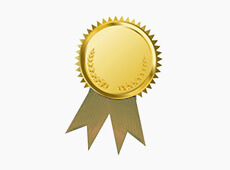 To draw the road map at the sector, to elaborate the work, environmental and care about life values is the Vision of our Company.

To steer our industry with innovator applications and to meet whole worlds needs of cranes.